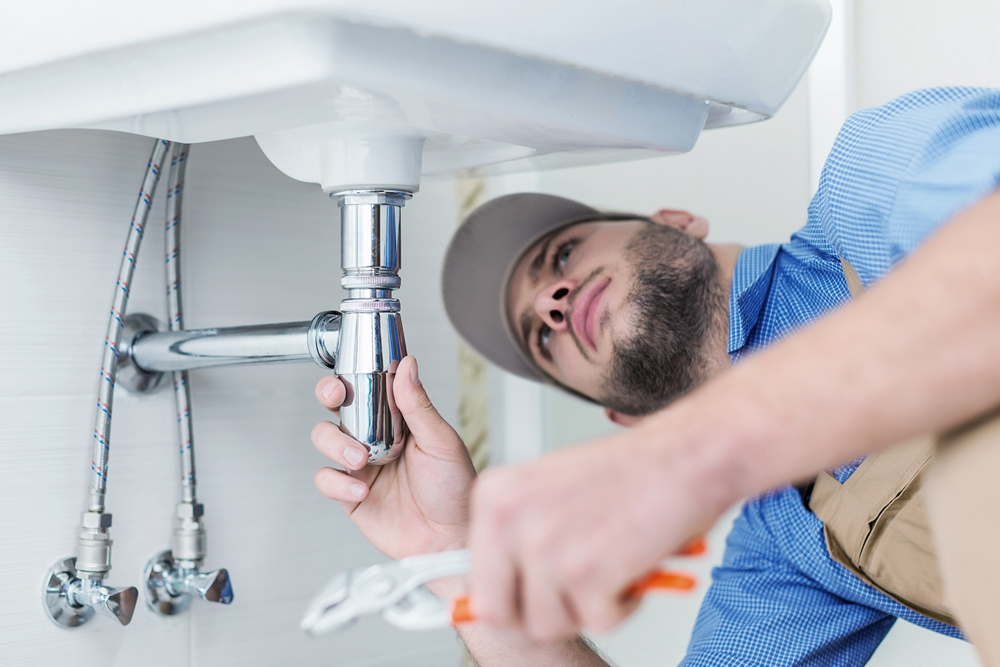 In the days of the Roman Empire water was directed to the cities from the mountains on artificial creek beds called aqueducts. Their ruins are still visible in the Italian countryside today and were a testament to the ingenuity of the Roman engineers. In addition, Roman baths were heated by water running over rocks kept hot by fires. After the Roman Empire decayed the art of plumbing was lost until the Renaissance when inventors like Leonardo da Vinci renewed the art.

Today plumbing installation is an integral part of home building and plumbers are required to install both plumbing and heating systems within the guidelines of the architect’s plans. This requires directing hot and cold water to kitchens, bathrooms, landscape irrigation and washing machines and providing the drainage to the sewer lines.

There are two main sources of water: municipal pipes and wells. There can be other sources such as rain cisterns but everything flows into the main water intake that is then divided into a hot water feed, which goes through the water heater, and cold water lines. In the case of on-demand water heaters, an individual unit may be placed in every area where hot water is needed: kitchen; bathroom; ensuite; and clothes washer.

Water pipes are pressurized so that the same pressure 35 to 85 pounds can be found in the upstairs bathroom as well as in the kitchen. The temperature of ground water is usually 40 degrees Fahrenheit before it goes into a water heater or stays in the cold water supply. There are many types of tank-style water heater, which can be installed by anyone handy, a gas-certified plumber needs to put in a natural gas-fired tank.

In most rural areas water needs to be supplied from the water table or aquifer.

Dug Well: In the simplest of wells a pit is dug low enough for the water to keep re-supplying itself an ongoing basis or, as in colloquial terms, as fast as a man can bail it out. This is a good system where the aquifer is high. The original gathering system was a bucket on the end of a rope but later windmills powered a pump to suck up the water to ground level. In a dug well the sides are traditionally reinforced with stones but now they are encased in a cement liner. Either a submerged electric pump or one installed in the basement by a holding tank is used. The tank is pressurized for conduct water to the upstairs of the home.

Drilled Well: Most wells are drilled for many reasons but the main one is that so they are not at the mercy of the aquifer, which can go down in the summer emptying out dug wells. As well, a well-sealed drilled, or bored, well is almost impervious to surface pollution which can seep into dug wells. A large bit attached to a long series of pipes is drilled through the rock from around 50 to as low as 450 feet before the proper gallons-per-minute mark is reached. The well is capped. To get the water up a stainless-steel pump attached to a long electrical conduit is slid down the long bore hole to sit below the water level. On demand the pump turns on and fills a pressurized tank in the basement or storage room in the home. This provides the pressure for reaching up to the rooms in the home especially the upstairs bathroom.

Municipal Sewer Line: In many municipalities a sewer system takes the waste to a sewage treatment plant. All drains are hooked up to the main line in the home that goes out to the city line. Sometimes the drainage level of a home is below grade which means that to reach the main line the household sewage has to be pumped up. In both cases a licensed plumber needs to make the connection.

Septic System: people who live in the countryside, outside of municipal sewage, have used outhouses or cess pools since the dawn of time. With invention of indoor, flush toilet plumbing the septic tank has provided rural people to have the convenience of their city cousins. The key to the septic system is bacteria which break down the solid wastes so that the slurry can be disposed in a leaching filed well below ground level. Once there more bacteria and insects break this down until it becomes part of the natural system. One of the drawbacks with this system is that it can only be used where the aquifer is low so as not to contaminate the drinking water. In addition, bacteria must be added to the system as some detergents can kill the natural ones in the tank.

In most provinces heating and plumbing are two trades that are usually covered by a licensed plumbers. In the event of a plumbing emergency a licensed plumber should be called and not a handyman because the professional plumbing contractor is much better equipped to find the source of the problem.

Please contact us with any queries or comments! We endeavour to reply to all email enquiries within 24 business hours.
Call us for any urgent matters 02 9186 4085.

Please contact us with any queries or comments! We endeavour to reply to all email enquiries within 24 business hours.